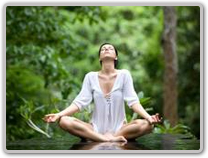 Morning take a sightseeing tour of Old & New Delhi. Morning visit Old Delhi: The important places in Old Delhi include the majestic Red Fort, the historical Chandni Chowk and if time permits you can visit Raj Ghat the Memoir of Mahatma Gandhi. Afternoon visit New Delhi visit the Rashtrapati Bhawan, the one-time imperial residence of the British viceroys; the India Gate, a memorial raised in honour of the Indian soldiers martyred during the Afghan war; the Laxmi Narayan Temple, built by the Birlas, one of India’s leading industrial families; Qutab Minar, built by Qutub-ud-din Aibek of the Slave Dynasty; and the lotus-shaped Bahai Temple. Evening relax, overnight at the hotel.

breakfast at the hotel. Later proceed for Haridwar meaning the gateway to the god is located in the foothills of the Himalayas, represents the point where the holy Ganga reaches the plains. Haridwar is an ancient pilgrimage site, held in reverence for centuries. Associated with both lord Shiva and lord Vishnu, Haridwar is among the seven sacred cities of India. Essentially a religious centre which holds promise of salvation for devotees, Haridwar is also a centre of herbal medicine, and traditional studies at gurukul Kangri. Upon arrival check in at hotel. Later proceed for the sightseeing of the holy city. Evening witness the “aarti” ceremony at Hari – Ki – Pauri - the sacred Ghat was constructed by king Vikramaditya in memory of his brother Bhartrihari. It is believed that Bhartrihari eventually came to Haridwar to meditate by the banks of the holy Ganga. When he died, his brother constructed the Ghat in his name which later came to be known as Hari -Ki-Pauri. During the Aarti tiny lamps are placed on placed on fragile leaves which are then culminated into the shimmering waters of holy Ganges. It is the most important Ghat on the river Ganga, where a holy dip is a must for every devotee. Overnight at the hotel

Rishikesh considered as the yoga capital of the world. According to legend sage raibhya undertook staunch penance here and as a reward god appeared before him as Rishikesh, hence the name. Rishikesh has numerous ashrams, some of which are internationally recognized as centers of philosophical studies, yoga and meditation. Upon arrival check in at hotel. Later brief discourse on yoga & meditation. Overnight at the hotel.

Morning free, afternoon checkout and transfer to railway station to board the Shatabdi Express Train at 1800 hrs, arrive Delhi at 2200 hrs, assistance on arrival transfer to hotel, overnight in Delhi. 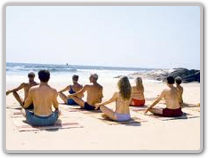 Morning drive to Agra, enroute visit Sikandra to see Tomb of Mughal Emperor Akbar. On Arrival transfer to hotel, later in the day visit Diwan - e Am (Chambers of Common men), Diwan – e –Khas (Chamber of VIP’s), Octagonal Tower, Jehangir Palace, all in the vicinity of Agra Fort and Tomb of Ittamuddaulahs. Later in the day visit The Grand Taj Mahal where you should spent some time, evening visit the Inlay Handicraft Market of Agra, overnight at the hotel in Agra.

Early morning visit the Taj Mahal to see it over the sunrise optionally. Later checkout and drive to Jaipur, enroute sightseeing of Fatehpur Sikri the city built by Mughal Emperor Akbar, visit Buland Darwaza, Jama Masjid, and Tomb of Shaikh Salim Chisti; continue to Jaipur after visiting Fatehpur Sikri. On arrival transfer to hotel, day free to relax, Later in the evening one can visit Sisodia Gardens, Temple of Galta, and Birla Temple of White Marble and at the time of dinner visit Chokhi Dhani - an ethnic resort serving Rajasthani & Continental cuisine with live music and puppet shows in an ambiance of an ethnic village. Return to the hotel for overnight.

In time transfer to international airport to board the flight back home.