Nested in the laps of Himalayas between India and China, Nepal is a land locked nations rich in natural beauty, warmth and hospitality. Known for its geographical diversity, rich flora and fauna and a variety of colourful festival, Nepal is simply incomparable. Tourists in their tour to Nepal are sure to experience some mind blowing natural beauty that has made it renowned in the world as a hidden Shangri-La of nature, culture and adventure. Fulfilling the desire of tourists, Tour India, a leading travel agent and tour operator of India offers exciting Nepal Tour package, which is a perfect amalgamation of fun, excitement and thrill. Though small in size, Nepal is a tourist paradise. Tourists in their visit to Nepal can experience and explore nature at its best. 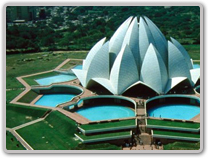 Nepal is the most astonishing and stunning Himalayan country in the world. Tourism in Nepal boast of high mountains, lush valleys that are ideal places for trekking and mountaineering, rare species of flora and fauna inviting tourists for a rendezvous with them. Apart from these there are also several other historical and architectural beauties that are included in the Nepal tour package that linger in the mind of tourist for the rest of their life. Nepal is a mountainous country having natural scenery, rivers, mountain peaks, lakes, ponds, green valleys, water falls and national parks that inspire tourists from every corner to enjoy the tour of Nepal. Nepal tourism is the earner of foreign currency thus making a significant contribution towards the country economy. As a result Nepal Government has also been actively promoting tourism in Nepal by providing all sorts of help and remuneration.

Nepal A wonderful site visited by almost each and every tourist on their tour in Nepal is Bhaktapur Durbar Square, which is an assortment of pagoda and shikhara-style temples grouped around a fifty-five-window palace of brick and wood.

Bouddhanath Stupa is a well known Buddhist pilgrimage site visited by tourist in their Nepal tour. It is the biggest and one of the oldest stupa in Nepal lying about 7 km east of the capital. 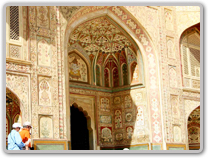 This is the oldest temple of Kathmandu coming into existence in 4th century, which still stands as the epitome of religion, culture, history and trust of the people of Kathmandu valley.

This palace lies in the heart of the Nepal capital, Kathmandu and is popularly known as the Hanuman Dhoka Palace. Kathmandu Durbar consists of the huge Royal Square that imposes a tremendous variety of the temples dedicated to different Hindu Gods and Goddesses.

The famous garden of Lumbini is the birth place of Lord Buddha, who was born in 623 B.C. Indian Emperor Ashoka was one of the pilgrims who erected one of his commemorative pillars there.

Spread over a large area, this temple is considered as one of the holiest shrines of all the Hindu temples. This is a two tier magnificent golden temple having four triple silver doorways. This temple has hundreds of Shiva Lingam shrines and icons of Hindu Gods and Goddesses.

This city is considered as one of the oldest cities of Kathmandu Valley.

Royal Chitwan is a rich natural park in the Terai, which is inhabited by the rare Asiatic rhinoceros and Bengal Tiger, one of the major attractions for people on Nepal Tour.

This 2,500 year old monument is a holy site replete with symbols, representing four elements of earth, fire, wind and water. Spire of this Stupa has 13 golden rings that symbolize the 13 steps of the ladder leading to Nirvana, the final salvation.

NOTE:- The Tour Itineraries suggested are compiled after a in depth survey about each place and destination. As you see that we do not offer PRICES or COST for our tours .This is only because of the fact that each Individual Traveler has his or her requirements and we tailor make each itinerary for our CLIENTS as per Individual Requirements. You may choose your Own Dates, Length of Travel , Airline , Hotels etc., We are completely flexible and try our best to offer exactly what our Clients require. The above tours / itineraries / travel plans can be rearranged / tailor-made / customized as desired by our Guests. Feel free to ask for references from our satisfied customers across the globe who have utilized our services in the Indian subcontinent.